Today is Remembrance Day in Canada, Veterans Day in the US.  It's a day that calls for a minute of silence and stillness to remember those who have given their lives for our freedom.

Many of us wear poppies to honour the fallen that could have been our fathers, grandfathers, brothers or friends, but internally hopeful that it’ll not be our children.

The red poppy was birthed just after WW1 and inspired by the poem in Flanders Fields for those lost in the war. The white poppy, which I’ve not seen before this year was launched in 1934 and remains a campaign for peace. 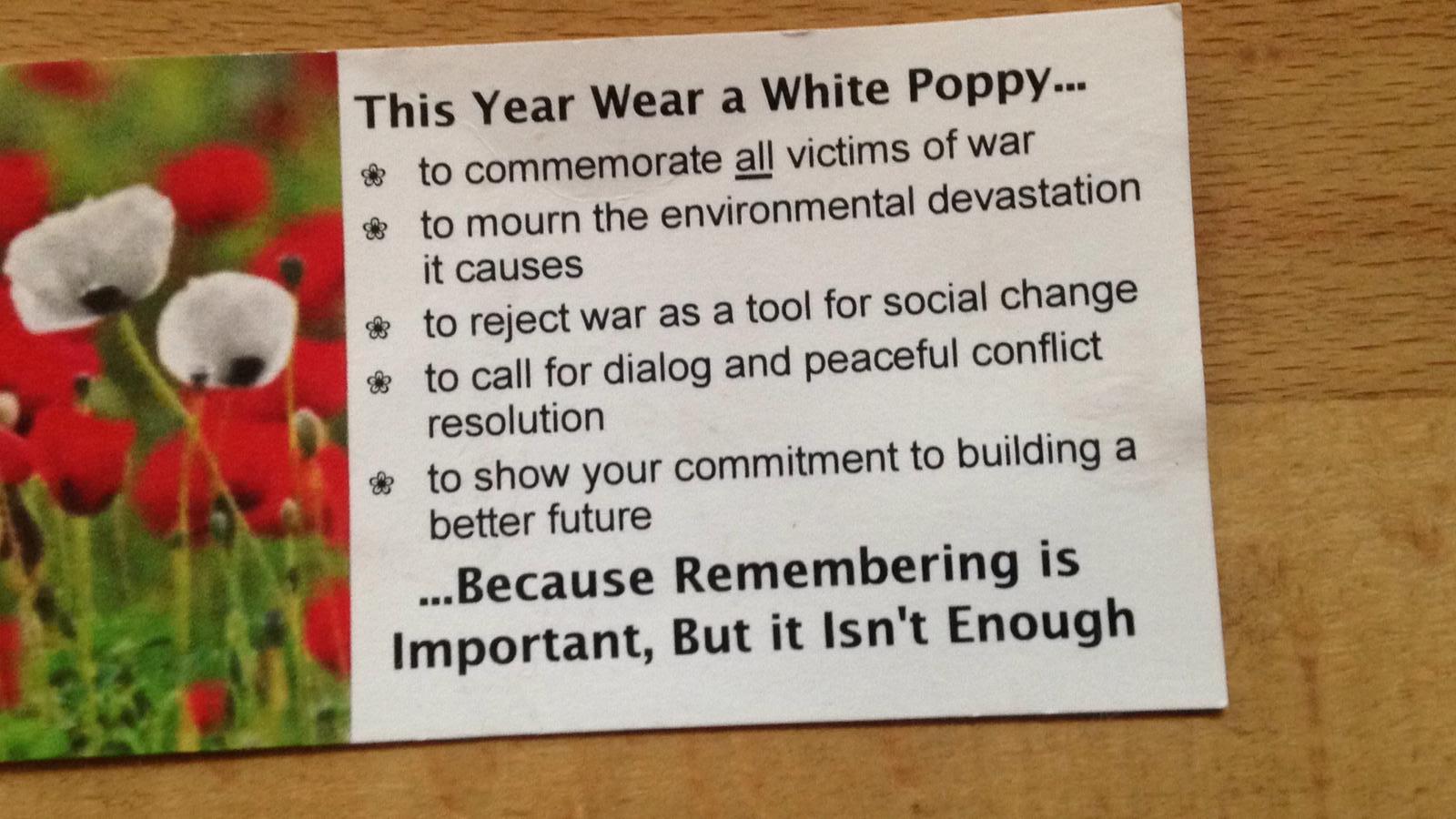 The white poppy originated in Britain and arose from the concerns of the wives, mothers, sisters and love ones of men who had died. Increasingly aware of the likelihood of another war they choose the symbol as a pledge to peace that war must not happen again.

75 years later, the world has seen over 300 wars and the killing of more than 200 million people. Wow! Those are staggering and sobering statistics. 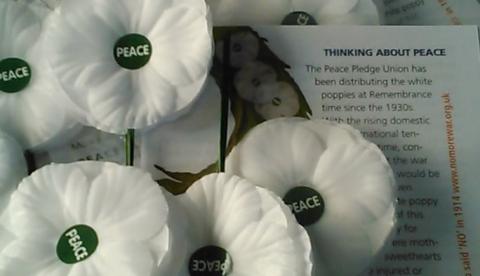 This history lives in us all, is a part of our human make up, our ancestry and future generations. The more we are able to find a compassionate understanding and a clear determination to be active with change in our own lives, the greater the ripple effect in the world we live in.. and what a worthy world it is.

The Mindful Challenge is just two weeks away. Four fabulous hours of guided meditation, mindful movement and mind eating in a room with two hundred participants. It's a day of inspiration and insight that will send you home recharged. The funds raised benefit the marginalized and sufferers of mental health issues. You can check out more information here.


As for our Mindful Gift Giving Sale, I've had so much fun this week filling orders and communicating with this beautiful community that I'm going to extend it another week. Sale will end midnight Sunday, November 18th.
What can I say..

Remembering love, a lotus and a smile,